Exploring our future today! Greenlandia is a climate ethnology project whose vocation is to collect and transmit the voices of the populations most exposed to climate change. We then transform this material into educational actions, objects of scientific research and documentary projects. The expedition began on September 1, 2020 with the start of the school year in France and Greenland. It will continue until September 2025 and will give rise to several educational, scientific and documentary field missions in Scoresby Fjord (Greenland).
Greenlandia
17135
home,page-template,page-template-full_width,page-template-full_width-php,page,page-id-17135,bridge-core-2.5.7,ajax_fade,page_not_loaded,,qode-title-hidden,footer_responsive_adv,qode-theme-ver-24.2,qode-theme-bridge,hide_inital_sticky,disabled_footer_top,disabled_footer_bottom,qode_advanced_footer_responsive_1000,wpb-js-composer js-comp-ver-6.10.0,vc_responsive

AN EDUCATIONAL,
SCIENTIFIC AND DOCUMENTARY EXPEDITION

Greenlandia is a French initiative designed to put the voice of communities on the frontline of climate change at the heart of the issue.
Exploring, understanding, raising awareness and transmitting to the younger generations and the general public the keys to adaptation, thanks to this voice, is our main objective.

In a global pandemic context combined to a climate crisis, with a planet already badly hit by human activity, we believe that we have the duty to question ourselves collectively about our link to the environment for tomorrow.

When more than 60% of global population is urban, this complex question finds a precious source of inspiration and specific answers in the words of a population population whose connection to nature is essential for their survival and confronted with the effects of greenhouse gases (GHGs) on their ecosystems.

To achieve our main objective, our climate initiative Greenlandia is built on three specifics pillars interacting amongst themselves:

In response to legitimate concerns of young generations, Greenlandia’s main goal is to give them concrete and quality knowledge thanks to:

> A series of educational tools inspired by the expedition, especially via the scientific research component set up with Greenlandia’s partners.

> Connection building with Ittoqqortoormiit’s youth thanks to digital technology and educational projects based on exchanges and the sharing of their culture and lifestyle.

> The interrogation, using mirror effect, of the link that we have with the environment, where we live.

This component began in 2020 September. It is a wide pedagogical program between France and Greenland. It involves a French ambassador school in Brittany and 6 pilot schools in France and Canada until 2022. We raise awareness, inform and support young people from primary to secondary school (Documentation on request via the contact form).

In order to study the link between a community and its environment, we are partner of a European scientific research consortium. Until 2025, its mission is to understand how this community is adapting, as well as the keys of its past, current and future resilience.

From the summer 2022 on, samples and scientific studies carried out by natural science laboratories (climatology, geology, biology, oceanography, glaciology, etc.) will be driven out in parallel in the Scoresby fjord (Greenland). They will deepen the study of the main issues identified by the local population (influx of polar bears, melting glaciers, migrations of geese, etc.). The data will also be compared with those collected during Commander Charcot’s expeditions.

DOCUMENTARY : A work of memory and awareness raising

Documents and projects will be realised all along this adventure (books, photographic expositions, TV reports, documentaries, artistic projects) to keep tracks of changesets lived by the community in this period and raise the general public’s awareness on the beauty and fragility of this polar region.

All the documents and works created during these ten years of missions and awareness raising will be given to the people of Ittoqqortoormiit for their own documentation. Without the community’s support for the Greenlandia initiative, none of this would be possible. These images, works and testimonies belong to them.

From August 2015 to September 2025, Greenlandia teams will take turns in France and Greenland to achieve, during several on-site missions, educational, scientific and documentary goals of the project.

During this period of sanitary crisis, it is complicated to confirm an accurate planning for those missions in Greenland. Our absolute priority is obviously to preserve above all the Ittoqqortoormiit population’s health.
Our philosophy is to take time to set up quality projects and to be low in the means we use. More than ever, what we live at the present time suggests us to move towards meaningful: economy, resilience, sustainable and slow. 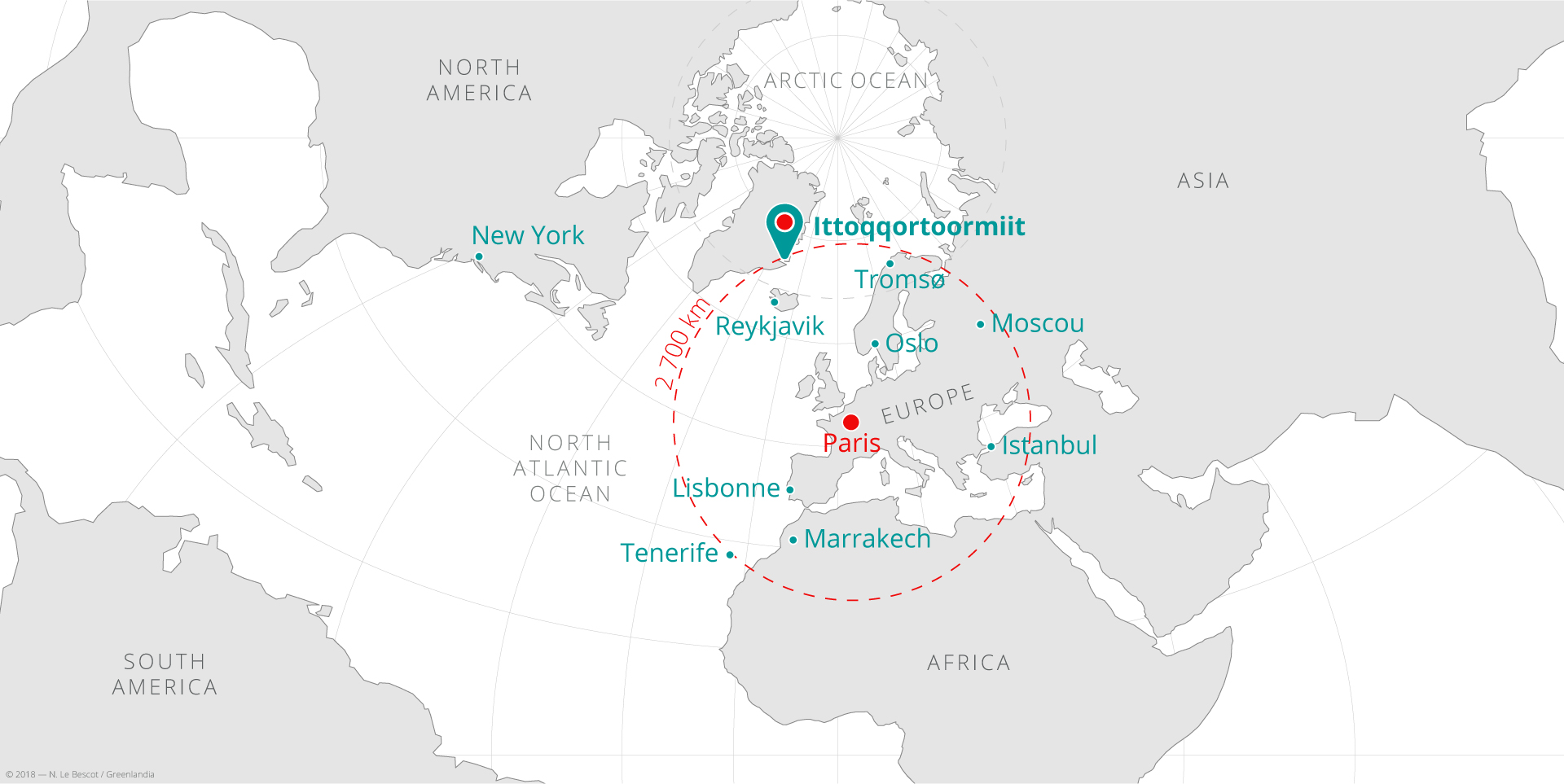 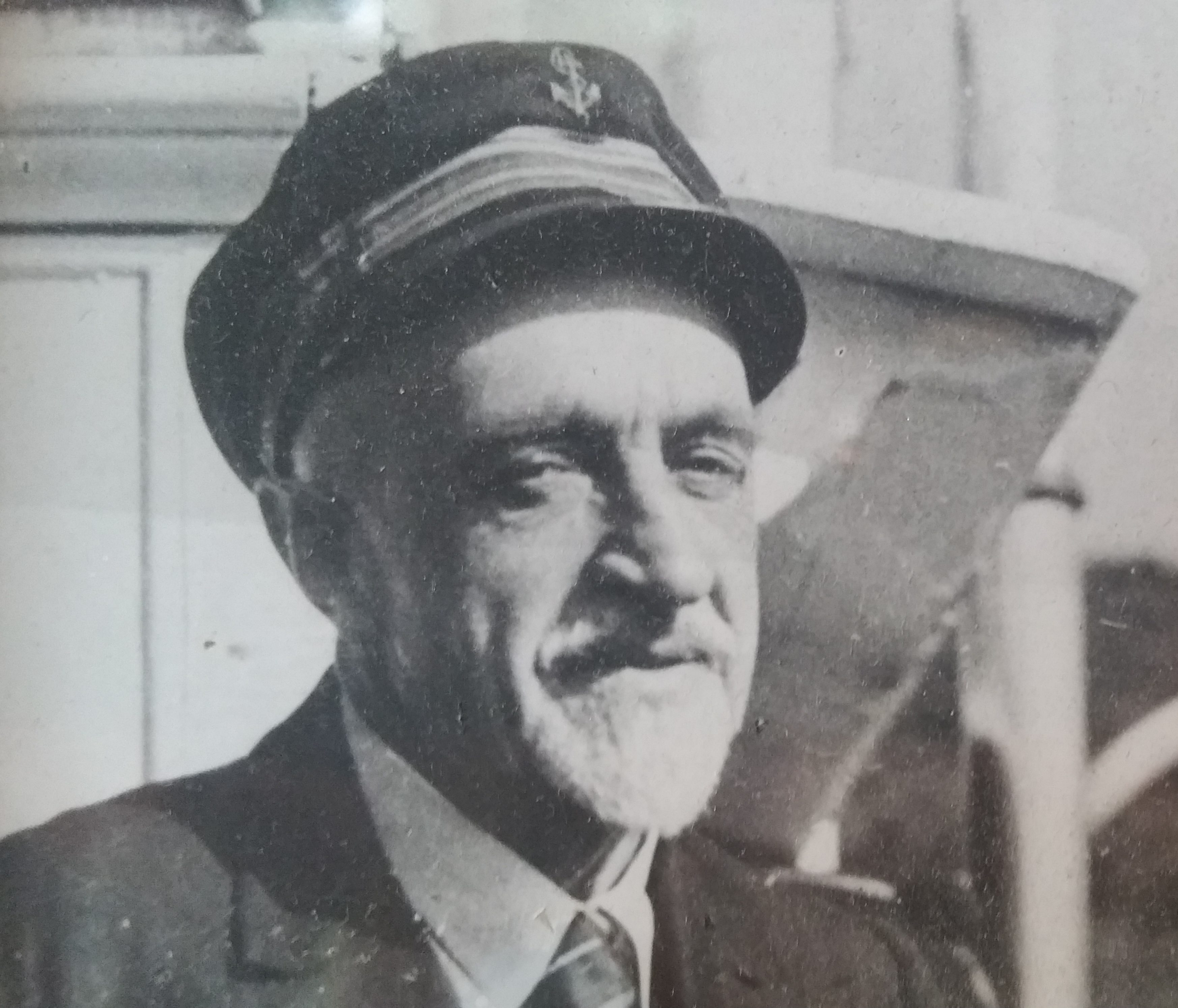 Between 1925 and 1936, Jean-Baptiste Charcot conducted eight summer scientific expeditions in the Arctic, in Scoresby Fjord (Greenland) aboard the ship Pourquoi-pas ?

In 1932-1933 he was entrusted with organizing a part of the International Polar Year and decided to lead this mission from a base camp, the small village of Ittoqqortoormiit, located at the mouth of the Scoresby Fjord.

In 1936, the disappearance of Commander Charcot and his crew caused national mourning. This pioneer of French polar expeditions and studies on climate change, also called the gentleman of the poles left behind him an important unfinished research.

Nearly a century later, for its first expedition, the Greenlandia team wishes to continue and complete the work of Commander Charcot by collecting new data to understand the evolution of climate change in the Scoresby Fjord.

The construction of the scientific part of the expedition began with a series of interviews with the population. By gathering this word, the Greenlandia team was able to identify the existing issues around climate change. The next step will be from spring 2021 to 2025 with interviews lead on-site, in the village, by ethnologists from the European consortium, Semper Arctic.
At the same time, samplings will be made each summer, in Scoresby fjord, by natural science laboratories partners of Greenlandia. We will organize those missions.

Founder and Director of Greenlandia

THEY TALK ABOUT US

The climate crisis and the environment are part of your concerns

You are an individual or a business owner and you want to support Greenlandia, here are the possible approaches:

To support us, we have created an account on Hello Asso. It enables you make a permanent donation by clicking on the button below.

Each company which decides to support us becomes a privileged partner of the project with access to our newsletters before the public, invitations to our events, a quote of its name / brand on our social networks, the presence of its logo on our website and systematic enhancement of its commitment through our various publications and exhibitions.
If you are interested, write to us via the Contact section and we will build this part together.

In order to meet the wishes of smaller companies, we have created the Premier Partner Club of Greenlandia. . Each of the companies or start-ups subscribing to it thus becomes a partner of the second circle of companies which support us and join this Club. You will have access to a certain number of advantages and rewards that we will specify to you. For more information, use our Contact section.

To keep Greenlandia going, we need you. Thank you !

Our project interests you and you want to know more? Do you want to become an adventure partner?

Do not hesitate to ask us all your questions via the contact form.